Street Furniture Australia is Australia’s leading public furniture manufacturing company, founded in 1986. SFA has furnished over 25,000 sites across Australia and around the globe. SFA has a presence across Australia in New South Wales, Victoria, Tasmania, South Australia, and recently in California.

SFA was experiencing significant business growth in 2012. The business was supported through a number of business systems including SalesForce, Sassu, MYOB, and Excel sheets.

“Prior to NetSuite, Street Furniture Australia (SFA), had information kept in silos, reconciling data was a daily exercise and reporting on the business was slow and cumbersome. Implementing NetSuite with Absolute Vision Technologies (AVT) gave SFA realtime information about our Customers and our operational manufacturing capabilities. Having access to real-time information has led us to make better business decisions in a timely manner. NetSuite and AVT have allowed us to streamline our processes so we can continue to invest into R&D and keep innovating on the Products we love”

The AVT Engagement and Solution

AVT’s work with SFA commenced with a consulting project that was designed to provide an in-depth analysis of the issues confronting the business, and what SFA required from a software solution to address these. AVT conducted a series of engagements with the key functional leads and produced a requirements document that was supplied to a short list of software vendors for response and proposal.

Be at any stage of your Transformation Journey, AVT provides End-to-End ERP Solutions: 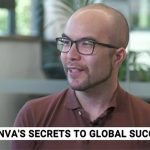